Focus4Hope is a non-profit providing support for the homeless, elderly, and isolated in West Yorkshire.

Our CEO and founder Louise Reed was inspired to begin Focus4Hope in 2016, after seeing devastating images of the body of a 3 year old Syrian boy named Alan Kurdi, who washed up on a beach in Turkey. He and two other members of his family tragically drowned during an attempt to flee to safety. Hearing his story was even more emotionally resonant because of the fact that Louise’s daughters were around the same age as Alan at the time. She knew that she had to do something to help those impacted by the refugee crisis, and so Focus4Hope was born.

Louise brought together a coalition of friends and professional contacts who were dedicated to making a meaningful impact on people’s lives. Soon after setting to work, Louise realised how much need there was in her own community, and the goal of Focus4Hope expanded to helping the homeless, elderly and vulnerable in West Yorkshire.

After years of tirelessly working in our community and beyond, we were thrilled to receive charity status in November of 2020.

Every day since, the passion and drive behind Focus4Hope has allowed the charity to expand and help people in new ways. Particularly during the start of the COVID19 pandemic, as need rose to unprecedented levels for vulnerable populations, the team didn’t hesitate to develop a robust Covid-19 support plan and open the Focus4Hope Food Bank. The food bank provides an emergency parcel service to those with disabilities, the elderly, those isolating, and otherwise vulnerable. As part of the service we also provide debt advice and money management help, with the aim of establishing financial security for our service users into the future. 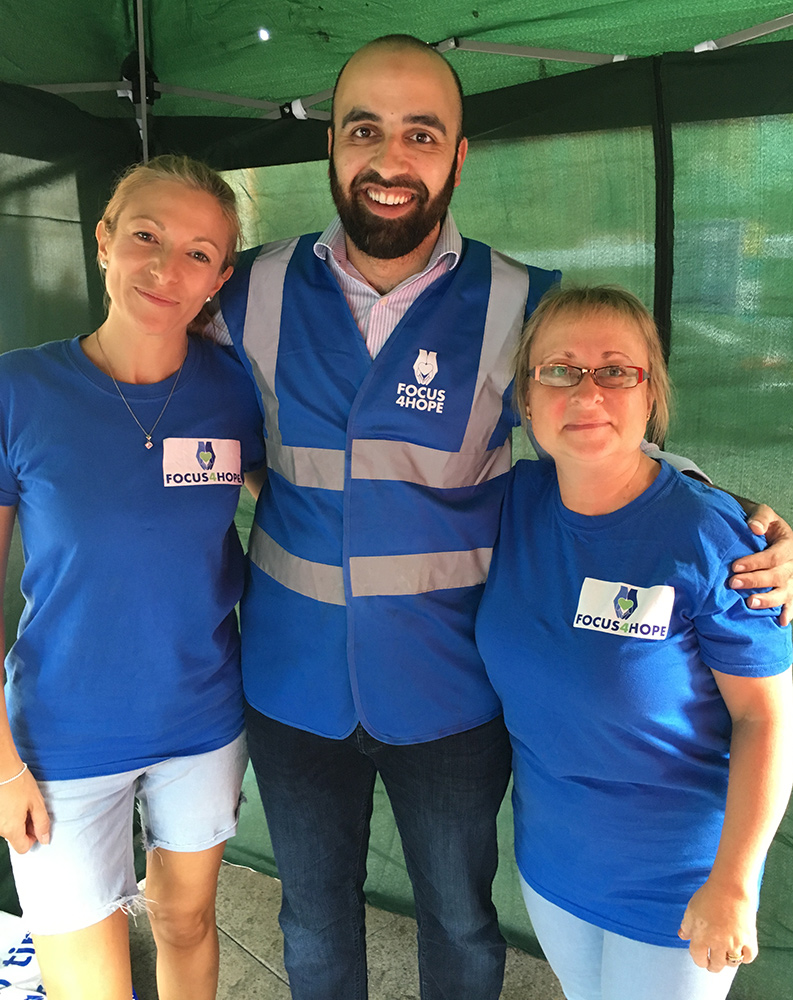 “I was without money for 11 weeks during the pandemic. Without the Focus4Hope food parcels, I wouldn’t have survived.”
Anonymous Service User, Calderdale

Focus4Hope is known in the community as a group that always rises to the occasion. We strive to help people of all backgrounds, without judgement; leading with care and empathy in everything that we do.

For more detailed information please visit our “what we do” page. Alternatively, please don’t hesitate to contact us with any questions you may have.

Our team at Focus4Hope are dedicated to helping the vulnerable and isolated in West Yorkshire and beyond. We feel very lucky to be able to work with a group of incredible volunteers, who help us support the members of our community who need it most.

In this gallery we’ve brought together some photos of our previous community efforts. They each give a little insight into the kind of work we do, and the people who help us accomplish it. Volunteers, see if you can spot yourself!